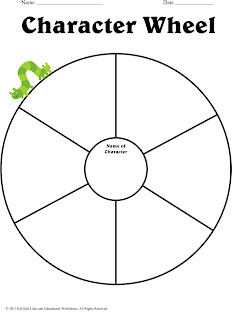 How much do you find you need to know about your main character or characters before you dive in and start your draft? Does it vary depending on genre? What decisions, if any, do you make before you get to know your characters? Are there any graphic organizers or other visuals you've found useful in building a vision of your characters?
Posted by Cynthia J. McGean at 4:15 PM