Bold Enough to Fall on Your Face 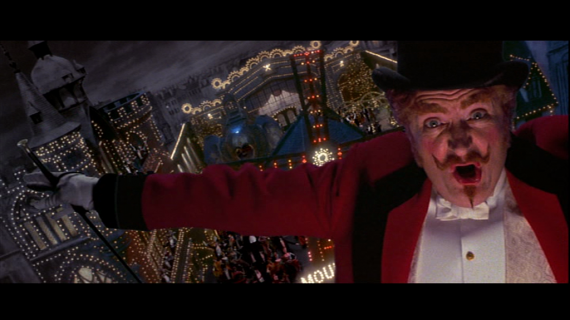 I want to be a bold writer.  Bold enough to fall on my face.  I'm not there yet.  I worry too much about what other people think.  I play it too safe.  I follow the rules too often - what's marketable, what I hear at conferences and workshops, what's the recommended style or genre.

When I was younger, I knew none of that stuff, and I had a more direct connection to my soul as a writer.  My craft was a mess.  I needed to learn what I've learned.  But I think I had a kind of open-mindedness, a willingness to explore, that I miss.  Of course, I was also so timid as a person that my writing rarely saw the light of day.  I don't miss that one bit.

I'd like to be fearless enough to trust my most outlandish visions and believe that somebody, somewhere, will "get" them, embrace them as I do, and not just think they're weird and confusing.

I've been re-reading Melville's MOBY DICK as preparation for a novel idea I have, and I've decided that Melville writes the way Baz Luhrman directs.  In fairness, I should probably compare Baz to Melville, not the other way around.  After all, Melville was here first.  Regardless, what they have in common is boldness.  Both of them are bold enough to fall on their faces.  They both make these occasionally insane and out of control choices that are sometimes brilliant and sometimes ... ridiculous.

Melville switches genres, and points of view, willy-nilly as it pleases him.  One moment we're reading straight narrative, and the next he's switched to a stage script.  We're in the head of Ishmael, and then we're omniscient, knowing Ahab's deepest thoughts.  But there's this take-no-prisoner robust quality to the prose that makes you feel alive.  When it flies, it's hearty, intense, Shakespearean.

Baz Luhrman's films have a similar quality.  Baz chooses these super-drenched color palettes.  His settings are at once realistic and hyper-realistic.  His characters veer wildly from caricature to three-dimensional human beings.  He commits fully to his choices.  He throws himself into it.  Sometimes it's bracing and fresh as a dive in a tropical lagoon.  And sometimes it's hopelessly off-base.  But at least he commits.  He doesn't hold back.

I want to write boldly enough to fall on my face.  I'm not there yet.
Posted by Cynthia J. McGean at 11:23 PM 2 comments:

A Time to Write and a Time to Pause

Normally, I'm a proponent of writing frequently, daily if possible, whether you "feel like it" or not.  Write something.  Keep your muscles active.  Write through the blocks.

But for the past 2 weeks, my heart just hasn't been in it.  I'm sure that will change.  However, for the moment, my spirit seems more focused on living, being with friends and family and loved ones, reflecting and existing and keeping life simple.  Taking stock.  I wonder if any other writers out there are experiencing the same thing just now.

Here are some wise words from a long-time bestseller that speak to this:

Email ThisBlogThis!Share to TwitterShare to FacebookShare to Pinterest
Labels: Bible quotes, taking a break from writing, time to write, to every thing there is a season

I Have Nothing To Say Here

This week, I have no words about the craft of writing.  My thoughts are mostly elsewhere.  I offer only this.  In a world reeling from acts of destruction, we need acts of creation.  Write.  Draw.  Paint.  Sculpt.  Sing.  Dance.  Bake.  Sew.  Live.
Posted by Cynthia J. McGean at 2:19 PM No comments:

Blog Hop - The Next Big Thing

My thanks to The Tex Files for inviting me to join in this very user-friendly, low-stress blog hop.  Several weeks ago.  Fortunately, I had permission to take my sweet time.  So here goes:

Rules of the Next Big Thing

Ten Interview Questions for the Next Big Thing:
Phew!  Whose up next?  Go check out these blogs: 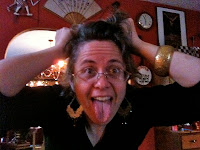 Between the holidays, teaching, and a paper due for a graduate class, I'm a bit swamped this week, so here, for your writerly contemplation, are two fabulous and provoking quotes.  Have at it!


"Enlightenment is the curse of civilization.  A man who wastes his energy on knowledge is a fool.  The more he learns, the more he wants and the more unhappy he becomes."

"Books have to be read (worse luck, for it takes a long time); it is the only way of discovering what they contain.  A few savage tribes eat them, but reading is the only method of assimilation revealed to the west."

Posted by Cynthia J. McGean at 4:57 PM No comments: