One Compass to Find Your Way Through the Indie Book Forest 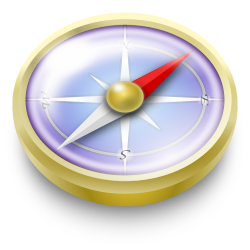 For readers wanting to navigate the overwhelming flood that has become the self-published e-book market, there is finally a glimmer of hope - the  IndieReader.com website.  The window of opportunity in which digital publishing made self-publishing truly viable seemed to be closing, in my opinion, because there were so many people doing it that it was its own slush pile.  How could readers EVER find you in all that stuff?  Every writing group I'm part of has a constant stream of announcements about people's new e-releases, free book giveaways, etc., etc.  And the reviewing mechanisms were too easily exploited just by getting friends to review your book, or paying someone to review it.  I've been getting so discouraged by this whole notion.

ANYWAY, the IndiReader website seems to be like a breath of fresh air, a place for truly independent reviews and opinions on the indie, e-book, self-publishing market.  Check it out:

IndieReader.com
Posted by Cynthia J. McGean at 4:46 PM No comments:

Fear of Success - the Elephant in the Room 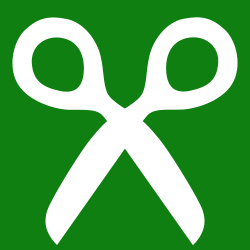 You hear a lot on writer websites and writing conferences and in writing books about dealing with rejection and the fear of rejection.  But lately I've been thinking about the elephant in the room, the thing I'm almost embarrassed to bring up.  Fear of success.  Lately, when I see an email or an envelope from a place to which I've submitted my work, I think I'm a little terrified of the "yes."  What will it unleash?  What expectations will be involved?

With my short stories it's slightly less terrifying.  After all, a "yes" to a short story isn't likely to wreak massive ongoing changes on my life.  Still, that fear of success is there.  I think I'm anxious about the anticlimactic nature of the "yes" to my short stories.  I've been down that road with contests before, where I finally won, and even got a nice chunk of change, and had that "now what?" moment.  If I get a story published, then what?  Will I ever be satisfied?  Probably not, as long as there are more stories to tell.  And that's a good thing.

But what if one of my books gets a yes?  First of all, I have no idea how that will happen, or what I will say.  But, let's imagine it all works out and those initial humps and bumps are managed.  I know a book deal would mean changes for me.  What would I be expected to do in terms of promotion?  I know on a vaguely theoretical level, and even that scares me.  That process of putting myself out there scares me.  What would it mean for my life as a teacher?  What about things like editorial letters and revisions and deadlines?  Contracts and legal stuff and rights?  Not to mention reviews (cue scary music) - people judging me and my work publicly and brutally.  Sometimes I just hope for some simple, modest success where the changes won't be too overwhelming.  Other times I ask myself "Why in the world do I believe I deserve any kind of success?"  And let's face it, that's not the attitude you want your author to have if they're going to go out there and do any kind of publicity or promotion.

So, yes.  I fear change and therefore I fear success.  I wonder sometimes if this fear keeps me from doing all I could to achieve my writing goals.  In fairness, though, I don't think I'm holding back.  I write every day.  I regularly submit my work.  I have a blog and a website and a facebook presence.  I attend conferences and get critiques and pitch my work.  I'm in two critique groups.  I'm sticking my neck out there in spite of all sorts of fears.

I suppose fear of success is just one more reason for me to focus on the writing and let go of the endgame.  Whatever degree of success I end up having, the bottom line is that I write because I want to write.  I like weaving stories about the world.  It's one of the ways I interact with life.  No matter what fabulous success, abject failure, or mediocre versions of either might await me.  No matter what mammals invade the room of my brain.
Posted by Cynthia J. McGean at 5:48 PM 3 comments:

Email ThisBlogThis!Share to TwitterShare to FacebookShare to Pinterest
Labels: fear of success

Message In a Bottle 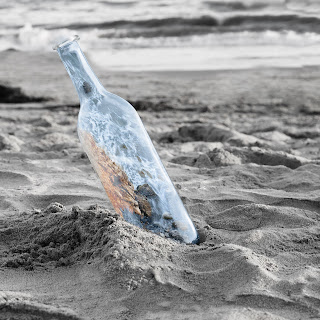 I think I've been suffering a combination of digital, e-text overload and writer's ADD (attention-deficit disorder).  Perhaps it's the summer vacation brain.  I have so much more time to write, which is AWESOME, but it means I spend a lot more time inside my own head, which is DANGEROUS.  A little too much of the introspective prism.

Whatever the reason, I've found myself thinking lately that writing these days is like sending a message out on the ocean in a bottle.  Maybe it's always been that way.  Each of us human spirits are isolated on our little desert islands and we write messages to the unknown world at large, then set them adrift on the open sea hoping they will find another lonely soul and speak to them.  Granted, we study the tides to help our message travel in the direction most likely to find an audience.  (Hell, I never said this metaphor was perfect.)  But at bottom there is a great act of faith in sending forth your written yearnings to an unseen, faceless, theoretical recipient, releasing all control, and then being left to wait.

What gets me right now, with the digital self-publishing opportunity-turned-mania-turned-glut, is the sense that the entire world is clogging the ocean with so many bottles of messages that the other lonely souls are more fed up than interested and the poor ocean is polluted and all the creatures in it are endangered.  (See if you can make sense out of THAT metaphor!)  What used to be a conversation, or an effort at conversation, between readers and writer has become a sort of desperate clamoring, a tower of babble, filled with writers screaming "Free e-book giveaway!  Blog tour!  Check out my new release!!".

I know the readers are still out there.  And writers are all readers, or should be.  I just wonder if they're scanning the horizon for those floating bottles anymore.

A confession - Portland, Oregon, where I make my home, has finally gotten something approaching a taste of the heat wave that hit the rest of the country.  Perhaps it is melting my brain.  I will use that as my excuse for the meandering nature of this post.  That and the fact that short stories, novels and picture books have been motivating me, garnering my attention and inspiring me to such an extent that I have neglected the ol' blog for too long and therefore felt compelled to toss a message out onto the sea of cyberspace.  Here it is.  Now, step out of the sun, have a nice drink of something cool, and save that bottle as a future communication device.